On Sunday I read a sermon that was preached in St Mark’s on Sunday 7 July 1940 and published in the August 1940 parish magazine, just one month before the church was all but destroyed (as given below with the title ‘Overheard in church’). The campaign of enemy bombing was in full swing, and the proximity of the church to the Euston mainline  meant it was no surprise it was in the line of fire, but no one knew as this was preached how severe the destruction would be. Fr Hugh Stuckey had been vicar already 12 years by this time. In the late 1930s he had commissioned Sir Ninian Comper to restore the interior in his recognisable neo-gothic style, but the glass of the Victorian church was untouched. Fr Stuckey clearly loved the interior and was at one with it. What follows is an evocation of those windows, for some of which there is no record, and we can only visualise them from his lively “parable”. Like another clerical story teller, the Revd Wilbert Audrey, my predecessor gives voices to the different windows and in so doing varying characters. It is poignant to read as so soon afterwards all but the three roundels in the baptistery were destroyed. Hearing the echoes of real and imagined conversations in the church on the eve of its devastation help us to gain some sense of that time, to bring it to life in some important way at this anniversary, and to gain inspiration. The endurance of a community which was so beleaguered then helps us to take heart now, in the midst of ongoing uncertainty. 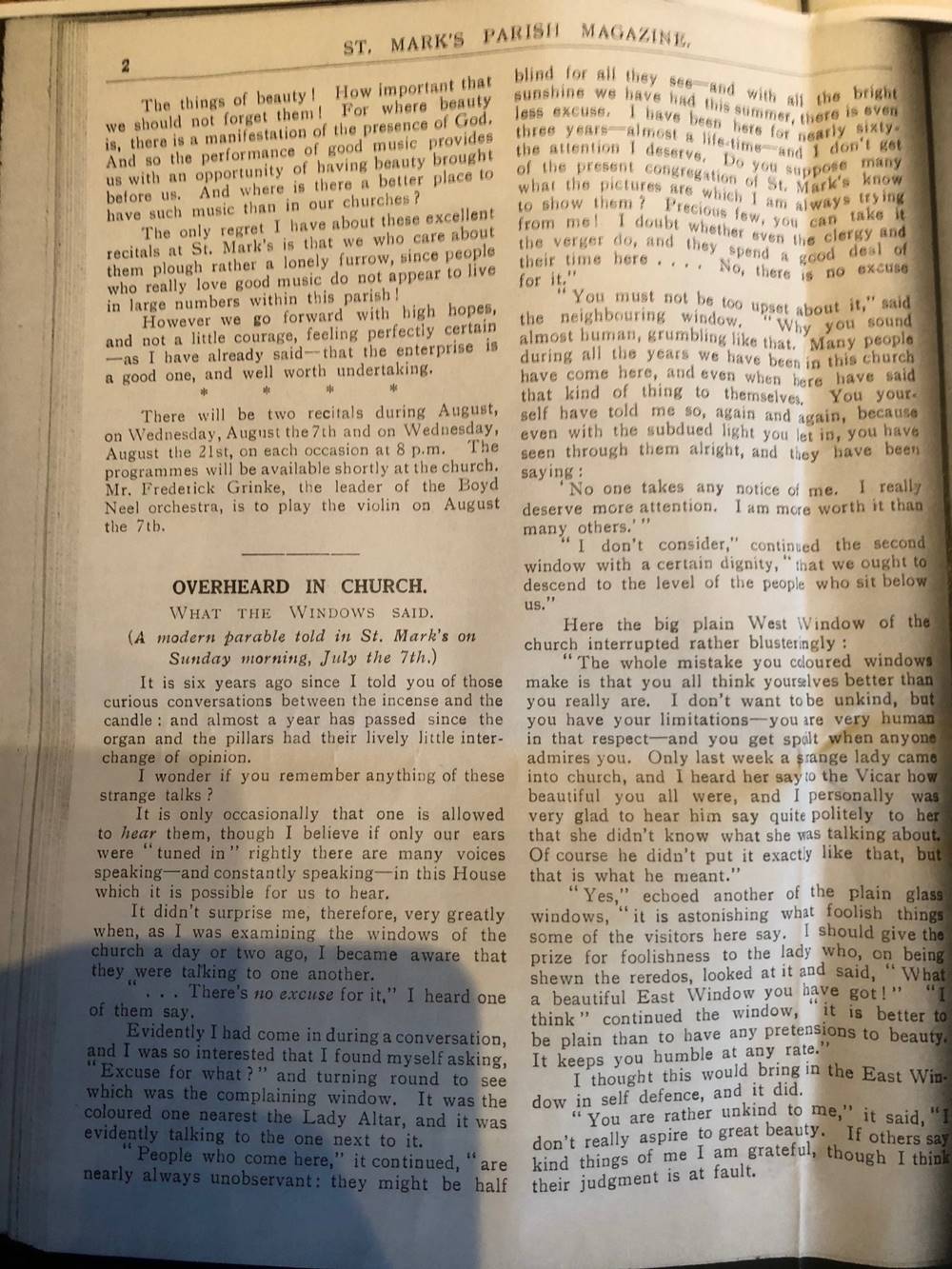 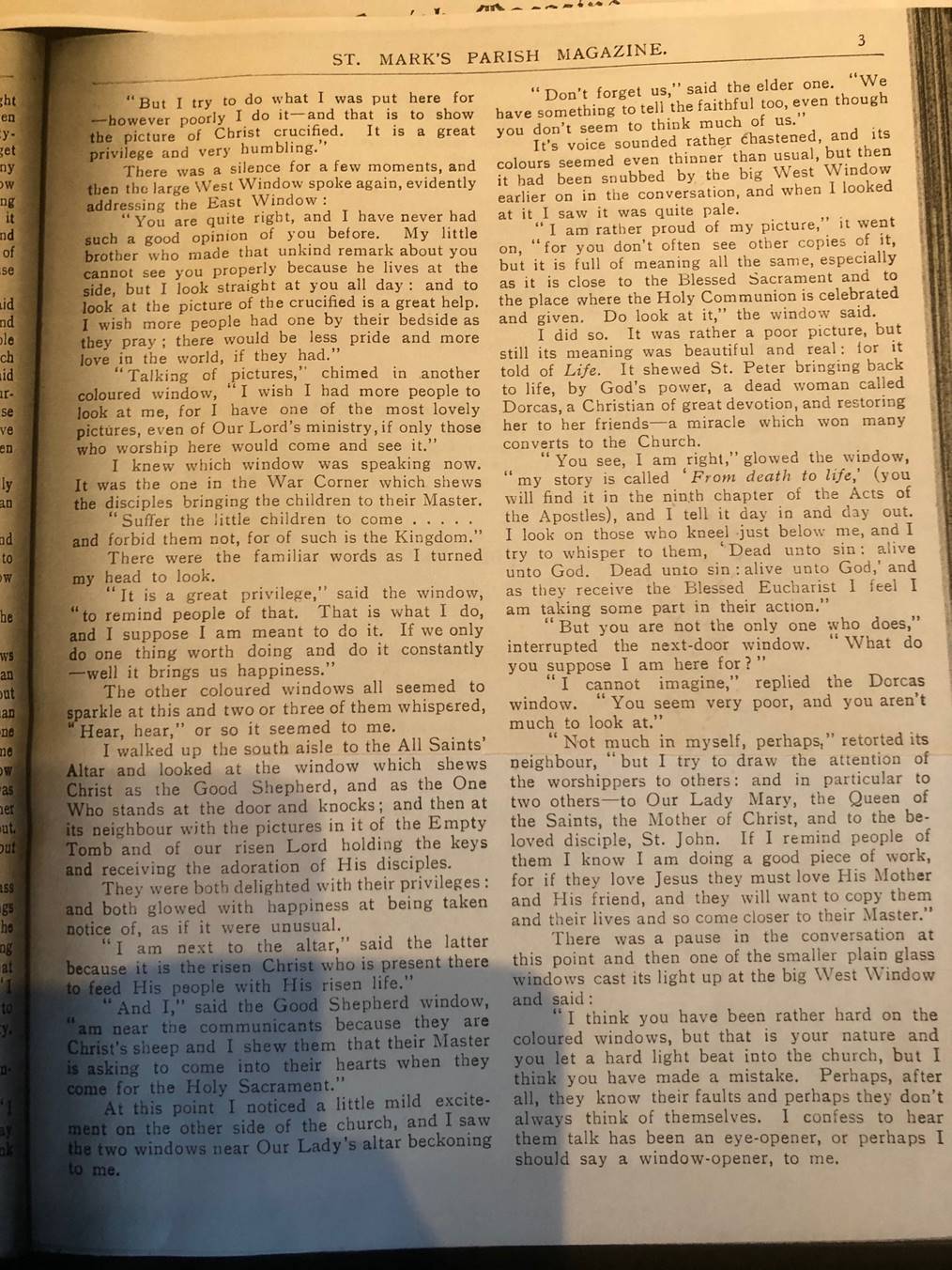